Cardiff’s rich culture has a diverse range of influences, from the Romans and Normans of antiquity to the industrial revolution and the coal industry - which transformed Cardiff from a small town into a thriving, international city.  Roman originsCardiff's story began in AD55 when the Roman's established a fort on what is now the site of Cardiff Castle.

Some of the original Roman walls can still be seen in , and it is suggested that even took its name from Roman general Aulus Didius – Caer Didi means ‘Fort of Didius’. The Vikings and the Normans also made their presence felt in Cardiff, and in 1091 Robert Fitzhamon began work on the castle keep, which has been at the heart of the city ever since.

In the late 19th Century, the 2nd Marquess of built the Glamorganshire canal, which linked with and the docks, to take advantage of the huge coal reserves in the area.

This saw become the biggest coal exporting port in the world, resulting in Edward VII granting city status in 1905.  The port reached its peak in 1913, with more than 10 million tons going through the port.

As Cardiff exports grew, so did its population; dockworkers and sailors from across the world settled in neighbourhoods close to the docks, known as Tiger Bay, and communities from up to 45 different nationalities, including Norwegian, Somalian, Yemenese, Spanish, Italian, Caribbean and Irish, helped create the unique multi-cultural character of the area.

After going into decline in the 70's and 80's 's docks and city centre have now been regenerated.  Cardiff Bay is now a thriving waterside development, and the construction of the Millennium Stadium in the city centre helped transformed into a true European capital city.  In 2005 celebrated its centenary as a city and 50 years as capital of , and enjoyed a year-long calendar of events, festivals and parties which marked the double anniversary.

Home of the Daleks

Terry Nation, creator of Doctor Who’s arch-enemies, the Daleks, was born in Cardiff, and in 2005 the Daleks returned to their place of birth for the new BBC Wales series of Doctor Who.  The second season of Doctor Who, starring David Tennant and Billie Piper was also filmed in and around . A new Doctor Who spin-off series, called Torchwood, was also filmed and is set in the Welsh capital.

In March 2004 was designated as the world’s first in recognition of its support for the scheme.  To gain this status Cardiff Council had to ensure that FairTrade products are available in a number of cafes, stores and supermarkets in Cardiff, as well as serving FairTrade teas and coffees in its own canteens and meetings.

has produced many famous names in the last century.  Children’s author Roald Dahl was born in in 1916, and the where he was christened is now used as an arts centre and café.  In the sports world Ryan Giggs, Colin Jackson and Dame Tanni Grey Thompson often fill the headlines, and Shirley Bassey and Charlotte Church are the city’s home grown musical divas. 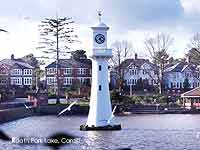 Captain Scott and the South Pole

In 1910 Captain Robert Scott set off from in the ship the ‘Terra Nova’ on his ill-fated trip to the South Pole.  Cardiff connections to Scott include a memorial sculpture in Cardiff Bay, a memorial lighthouse erected in Roath Park and the Discovery pub in Lakeside, home to photos from the expedition.  The Captain Scott room in the Royal Hotel, where he ate his farewell dinner, was also reopened earlier this year.

has a long association with sport.  In 1958 the city hosted the Britsh Empire and Commonwealth Games, now better known as the Commonwealth Games.  The Empire swimming pool, however, was demolished to make way for the Millennium Stadium – which hosted the World Cup final in 1999.  The stadium again made sporting history in 2005, when won the Six Nations Grand Slam Championship for the first time in over 20 years. Cardiff will also host an Ashes cricket Test match in 2009, and football matches during the 2012 Olympic Games. 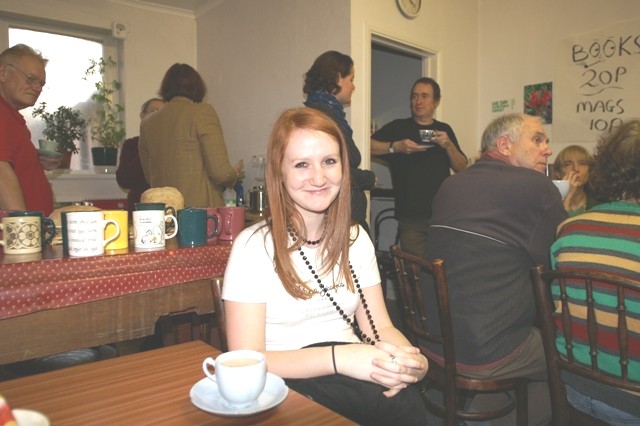 How to find us

If you move in Theosophy circles, then you will no doubt

have heard, that in March 2008 Theosophy Cardiff

High Drama & Worldwide Confusion over this one and we’re still

being asked questions about it. We hope this page will answer them. 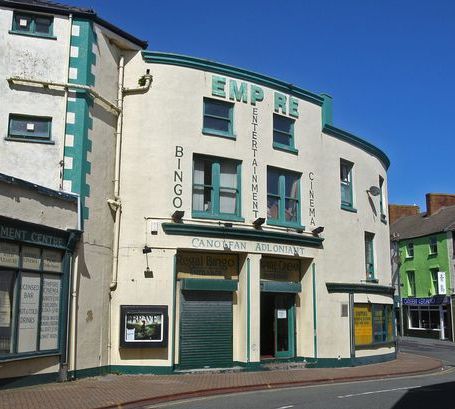 Theosophy Groups all on one page